First published in the very first issue of Racing Pigeon Pictorial, January 1970, Alf Baker wrote a series of articles about his methods and birds. 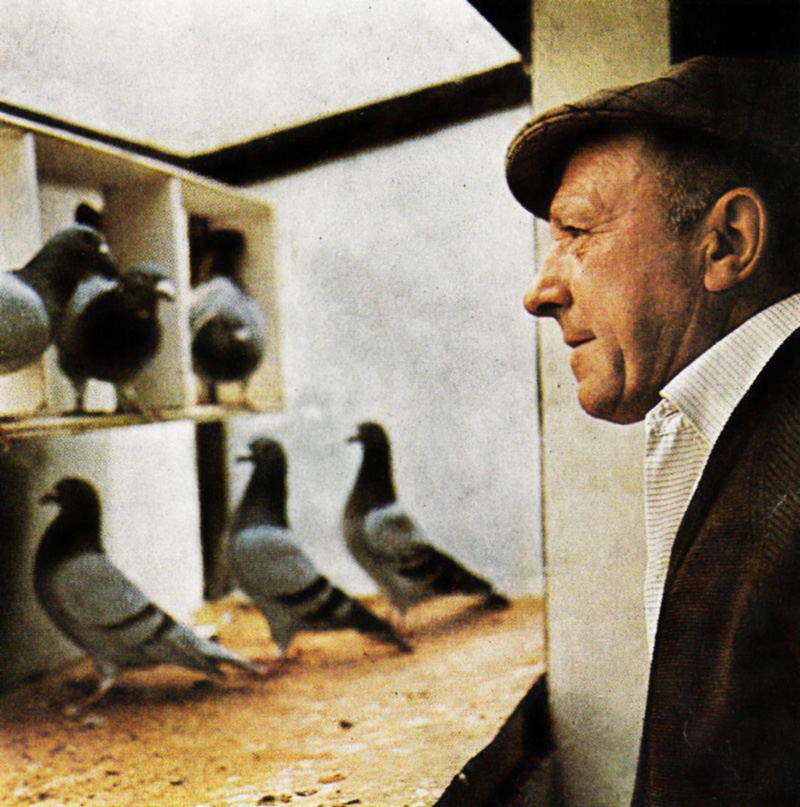 How time flies when you become a pigeon fancier. It only seems like yesterday when I built my first loft in 1926 at the age of 12. You long for the racing season to start with the old birds and when that?s over you look for the young-bird racing. In the winter months you can?t wait for the spring to come to pair up and so this goes on year after year. I have lived pigeons all my life and the time has gone all too quickly.
Incidentally my first loft was built with glass cases, imported from Belgium, at 1s. 6d. each from the glass shop at the top of my road. There at 14 I learned my trade as a leaded light maker and glazier. Inside the loft I put the Belgian strain which I have today ? the Stassarts. At that time Mons Stassart was the best fancier in Belgium and to me his were the best type of pigeons, not too big, hens especially on the small size, a nice length with good head and eye. What I mean by a good head is an intelligent head. Last but by no means least good feather ? the keel well covered and the touch like velvet. I have never seen a good family of pigeons that handle coarse with dry feather. I know you can help this with a little linseed oil but if it is not there to start with you are wasting your time.
The eye colour of the Stassart family was mostly violet or dark brown. The question of the eye was put to Mons Stassart. He openly replied he had not the time to study it but he said most of his best pigeons had the purple eye ? what we now term the violet eye. My father and a friend, Ginger Taylor ? also a good pigeon man ? upon my advice wrote to Mons Stassart for six youngsters. 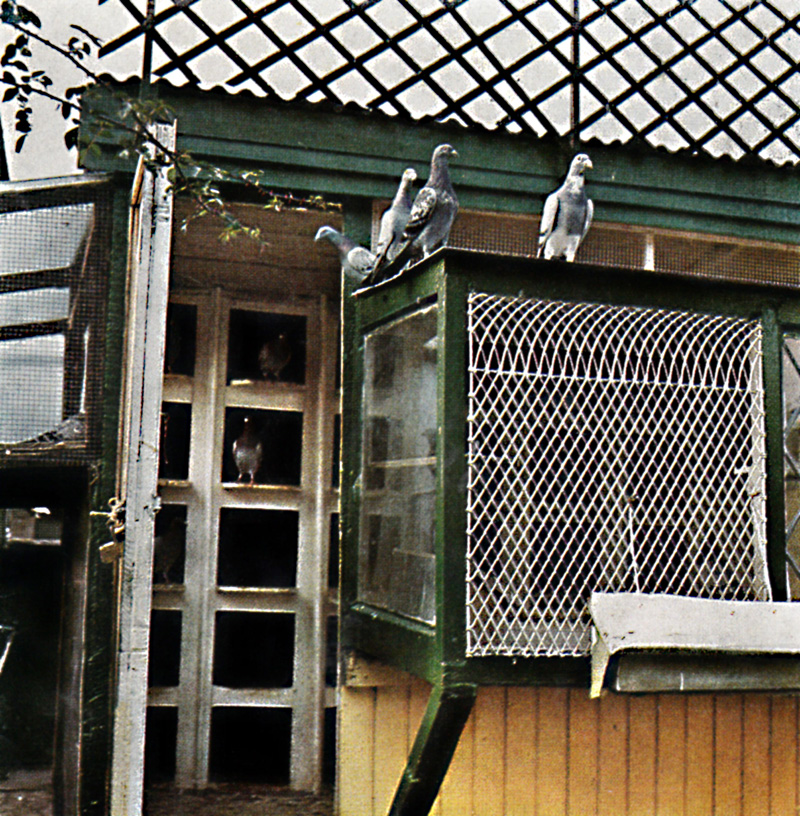