By 1st December, 33 lofts had pre-paid 248 entries for the 26th consecutive Christmas race organised by the Danderhall RPC, an increase of 4 members and 48 birds on the previous year. As has been the practise since the first event back in 1994 all pre-paid birdage is paid out with this year’s entry generating £1,240 in prize money. By the night of basketing on Friday 20th December, 27 actual lofts basketed 177 birds competing for a total of £5,143.25 in pools and prize money.
On Saturday morning Race Controller and Club President Wullie Dunsmore gave instruction to the convoyers to liberate the birds at 0930hrs into a very light south wind with temperature of 4˚c at liberation site. This year’s event resulted in the most challenging so far in its history with the winning pigeon recording a velocity of 511ypm for the 76 mile flight and only 13 pigeons recording velocities above the race closure of 400ypm. The winner of the race is the ever-consistent loft of A W Robertson (Super Ally) who timed his 4yo cock at 1309 at 13.52.19 and a second of his five entries 20 minutes later to also win 3rd prize.
The winning cock is no stranger to the winner’s table it has previously won in 2017 4th Club, 22nd Fed 1,703 birds (£301) from Tow Law, 94 miles, then five weeks later from Newark, 216 miles, 1st Club, 6th Fed and £440 against 703 birds. In 2018 7th Club, 21st Fed and £180 from Wakefield 169 miles, then seven days later from Tow Law, 94 miles, 16th Club and £63 against 288 birds. In the regulation season of 2019 the cock won 7th Club, 23rd Fed from Newark 216 miles and a further £305 before competing in the SNFC Gold Cup race from Burdinne. Super Ally collects a total of over £1,100 with his two pigeons.
In 2nd place is a relative new starter to the sport, Ant Walker. Despite this in his first season flying young birds alone he managed to top the Federation in the first three young bird races and follows on that success with a very credible 2nd in the Christmas race. In 4th place and winning £566 is the Danderhall loft of Davie Noble and his silent partner, Keith Wright, timing a youngster purchased at the Danderhall Breeder/Buyer sale, bred by Karen Newcombe and Ian Black which is also a previous winner of £200 in the Breeder/Buyer competition. In 5th position is the East of Scotland Federation member of J B McNeil winning £158. In 6th place is the McMerry partnership of Newcombe & Black, followed in 7th by last year’s winner, Les Mitchell. Recording 8th and 12th is the Easthouses member of Roger Laing who collects £80 with his two birds. Winning 9th position and £390 is the Danderhall lofts of James McIvor, supported by Uncle Raymond, In 10th and the biggest single cash winner is Pentland Hills Federation Secretary, Bobby Graham, who wins £1,102 with his yearling cock; 11th was won by the 2019 SNFC Gold Cup winner, Andy Miller with the final prize of 13th being won by another SNFC Gold Cup winner, W Kinnear & Son who win £831 with their hen bred by Gary Donaldson, United Lofts, in Northern Ireland.
In the race there were more day birds clocked but unfortunately they recorded velocities below 400ypm. In the race there were nine birds entered into the £50 pool but as none of these birds recorded velocities above 400ypm the entry money was returned to the members.
Due to the late arrival of the birds the officials decided to postpone the presentation until the Sunday afternoon where a great turn out of members returned to the Edmonston Inn to congratulate the winners. Sponsored prizes were once again distributed with Ant Walker winning a magnum of Champagne donated by Harmore Construction; D Noble won a bottle of whiskey donated by Colin Macgregor. Two bags of feed donated by Rod Pringle were won by W Kinnear Son in 13th and also two bags of feed donated by Jamieson Builders was won by J Moyes for clocking the last day bird. The raffle prizes were donated by Club supporters, Wullie & Maureen Smith from McMerry, and won by B Cunningham and J Keenen. Thanks also to S Farwell and T Nolan for transporting the birds and Gordon Verth for race marking them. 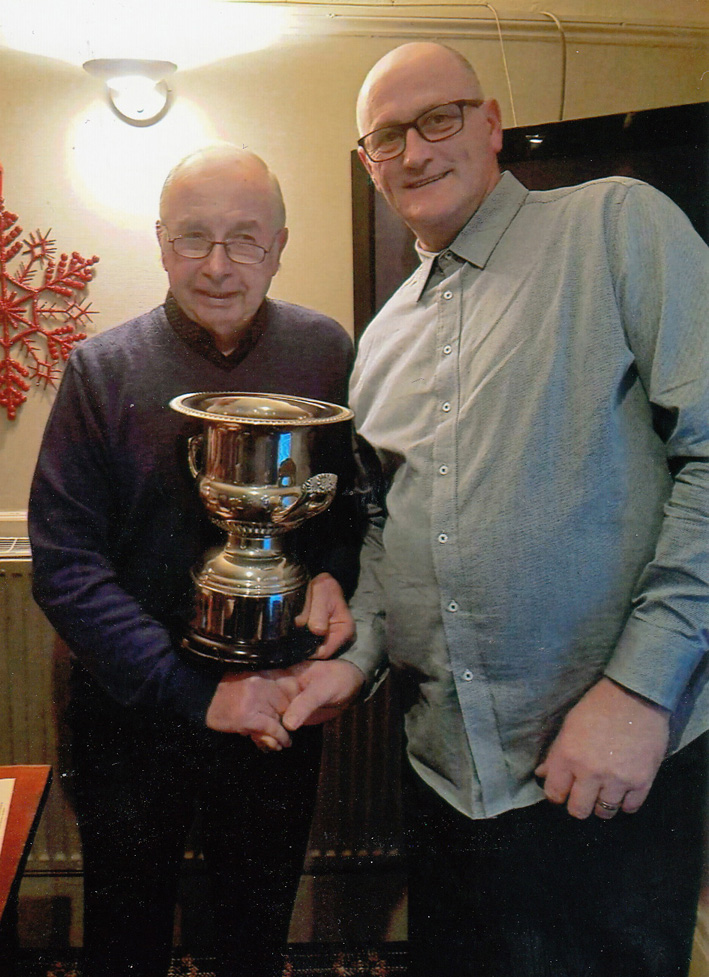 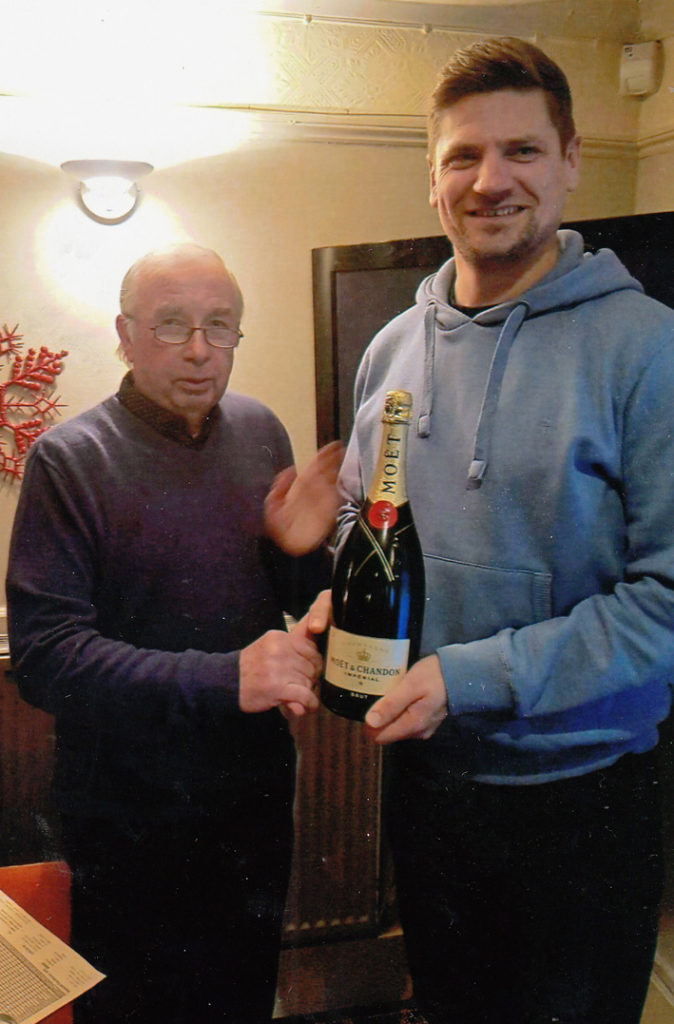 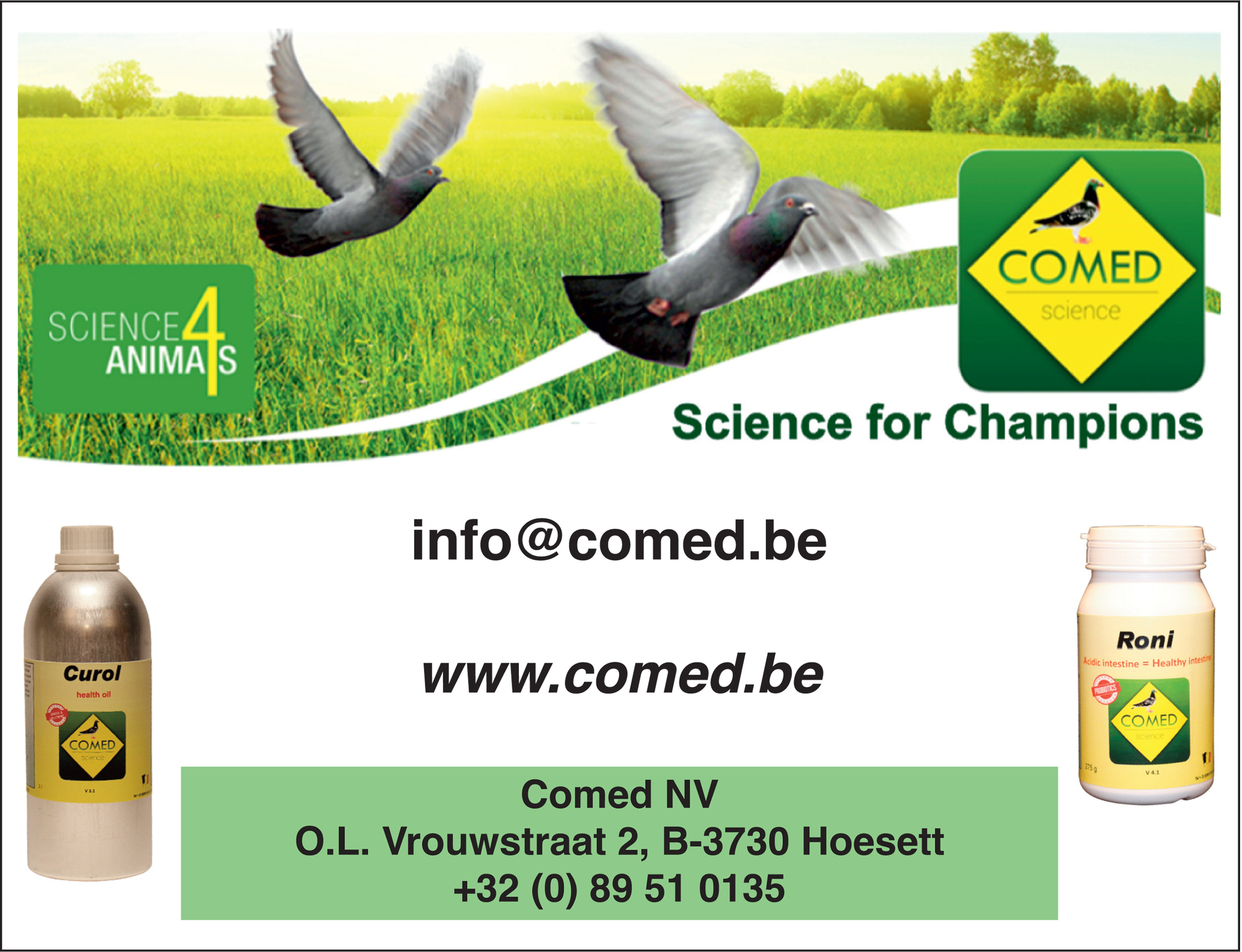 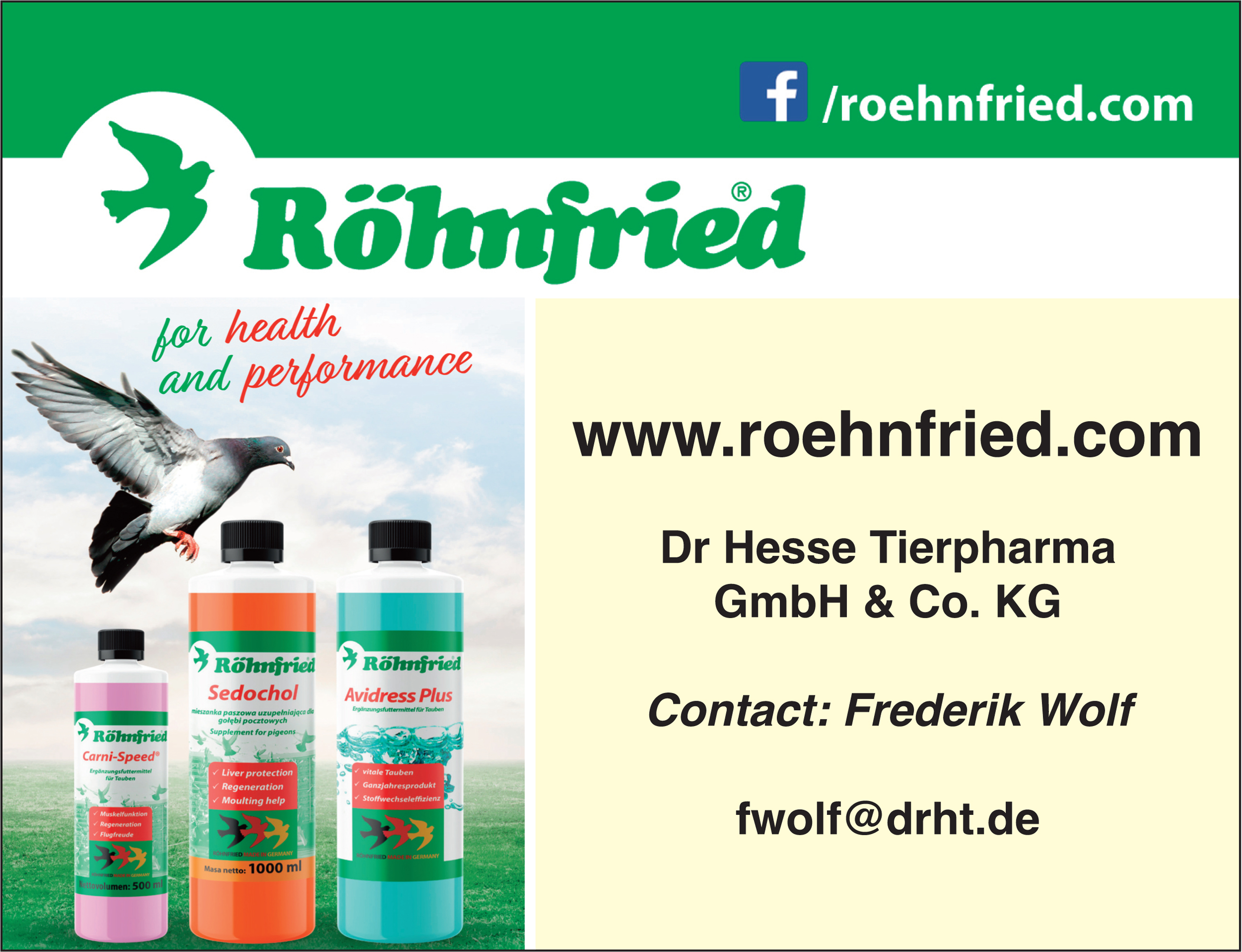