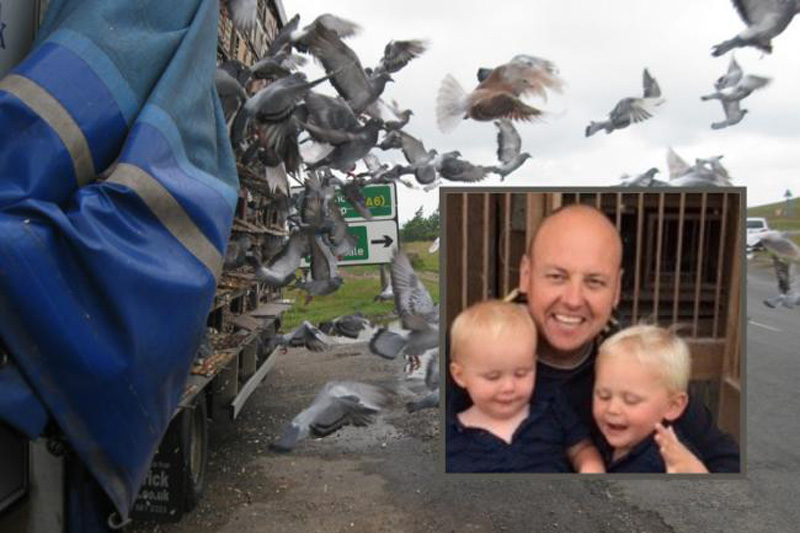 THOUSANDS of racing pigeons have failed to home after they were released at various liberations points along the south coast of England including Weymouth last Saturday morning.
The birds are normally liberated and usually race home returning in a matter of a few hours back to their lofts across the UK.
However, thousands of these well educated and trained athletes of the sky are currently lost and are very slow in returning home.
The reason has left pigeon fanciers scratching their heads but it seems it could have been likely due to electrical storms or maybe even solar flares according to expert Lee Fribbins, Editor of the Racing Pigeon Weekly Newspaper.
Keen fancier Mr Fribbins said: “Thousands of pigeons have yet to return home after being liberated for their weekly routine racing last Saturday for many organisations stretching along the south coast as well as many other parts of the UK.
“This is most likely due to either electrical storms or solar flares, atmospheric conditions or maybe a combination of these which has severely impacted on their natural navigational skills and homing ability.
“I had 19 pigeons myself liberated with an organisation in Kingsdown, Devon but more pigeons were released in nearby places too such as Weymouth.
“Usually, they return within four to five hours of being released racing at around 50 miles per hour for the 200-mile race however to date only eight pigeons have so far returned.
Mr Fribbins along with other pigeon fanciers are asking the public for help.
“To help people identify a missing racing pigeon, they have identification numbered rings on their legs,” he said.
“If a racing pigeon is spotted in your garden or place of work, it will be exhausted and dehydrated. So, it will need to be fed wild bird food and plenty of fresh water. Never offer bread to a racing pigeon.”
The Royal Pigeon Racing Association (RPRA) said once a racing pigeon has been fed and watered, a bit like a ‘pit-stop’, it usually continues its journey home.
A RPRA spokesman said: “Remove the source of any food after a maximum of 48 hours or when it starts to fly, after which it can find its own food and water.
“A racing pigeon may continue to stay in the same location for seven to 10 days, roosting on roofs or in trees.
“If the pigeon is injured or showing signs of distress it may be necessary to contain the bird in a cardboard box or small animal carrier to protect it from other predators.
“This will prevent any further injury to the bird and prevent it flying away.”
For more information on finding the owner’s contact details, visit: www.rpra.org/stray-reporting